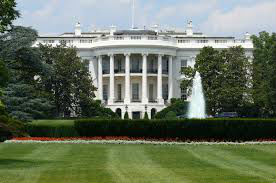 Today’s the day. Yes, April 30th is the big meeting set between President Trump and Congressional leaders to discuss the parameters for an infrastructure bill. Part of this meeting will involve the idea of Trump raising the federal gasoline tax in order to fund the legislation. Consequently, the trucking industry is closely watching how the meeting shakes out.

House Speaker Nancy Pelosi (D-California) and Senate Minority Leader Chuck Schumer (D-New York) will be in attendance. Also, it should be noted, Schumer has already made it public that he will suggest rolling back parts of the Republican 2017 tax cuts in order to fund the infrastructure package.

Bill Sullivan, Executive Vice President for Advocacy with the American Trucking Association, says, “The trucking industry sees this as a nonpartisan issue, and sees the current government – this president, this Congress – as a unique opportunity to do something.” He went on to acknowledge that there will be politics swirling within the discussion but still, he’s hopeful something will get done with the infrastructure plan. In fact, the ATA (American Trucking Association) supports raising the gas tax by 20 cents for a four-year span.

A belief that it will happen

Neil Bradley, Executive Vice President and Chief Policy Officer at the US Chamber of Commerce, echoes the hopes of Bill Sullivan. “We’re counting on Speaker Pelosi and President Trump to break the gridlock in Washington so we can end the gridlock on our streets, and we have high hopes that they’re going to be able to do just that.” Later he spoke about the need for Republicans and Democrats to come together on this issue like business and labor have.

The contention by many is the gas tax, which has been locked in at 18.4 cents per gallon since all the way back to 1993, is no longer producing the revenue needed to fix infrastructure issues. Allegedly, President Trump is open to the idea of raising the gas tax or has indicated as much to members of Congress in private.

What do you guys think? Will they get his done?

A Beagle-Pair Betrayed by Their Owner!