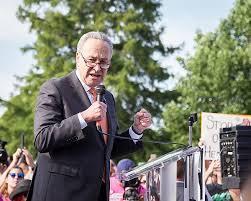 The march drew a crowd of around 2,500 Long Islanders on a Sunday in Mineola. Furthermore, representatives from over 100 organizations, as well as politicians from both the Democratic and Republican parties joined in.

The event marked the inauguration of a newly formed bi-county coalition. The charge of the coalition seeks to combat hate on Long Island. By identifying and reporting hate-inspired incidents, they hope to develop a plan to address solutions.

Nassau County Executive Laura Curran spoke of the event’s intention. She said it will “send a clear message in one voice: Long Islanders of all faiths and backgrounds stand united with our Jewish community and against Anti-Semitism.”

Various leaders spoke to the gathered crowd following the march, making speeches emphasizing unity. To extend the message of the event, many also tweeted about the march. For example, Representative Peter King tweeted, “Proud to March in solidarity with thousands of Long Islanders in Mineola against anti-Semitism.”

Among the politicians in attendance was Senate Minority Leader Chuck Schumer. Having lost his own family during the Holocaust of WWII, he expressed pride for the efficacy of the event.

Anti-semitism on the Rise

The march follows several high profile acts of anti-Semitism in the region. In Brooklyn on December 23, a group of men attacked two Hasidic Jewish men. They punched the first in the back of the head, then fled. Subsequently, they found another victim blocks away who they hit with a chair and punched in the face.

Another attack in Monsey led to one man’s hospitalization after the perpetrator stabbed him in the face.

The task force hopes to reduce such incidents and protect the Jewish community.