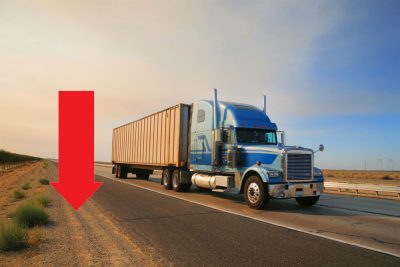 The trucking industry has seen its job loss for 2019 double in just December alone. According to reports, the overall cuts for the year of 2019 was a staggering 6,600 jobs.

What is Going On?

Many long-time truck drivers are retiring. With that, comes the need for many newer drivers. Unfortunately, not many drivers are willing to dedicate the hours, stress, and health to the industry. With the pay not amounting to much in the eyes on career-driven individuals, it begs the question if the industry will bounce back at all or find newer, more effective methods.

The Industry Has Been in Recession Since 2018

With the decrease in veterans and not enough drivers to keep the industry afloat, the industry has been in a massive recession since 2018. The 2019 projections weren’t looking good, either, and 202 does not appear to be on the winning side of the road. After the massive lay off of every big-name company including, Mack, Volvo, and Peterbilt, many are wondering when the next stage of the trucking industry will come.

With the lack of drivers willing to fill the major role that veterans have left, as well as the lack of adequate pay, insurance, and time-off, the trucking industry has been forced to find more effective measures. Some have speculated that this decrease in skilled drivers will lead to full-on automation for the industry. Self-driving trucks could replace a full-scale workforce soon. This is, of course, if technology can provide safer roads.

Where manufacturing took a massive hit in 2019, consumer goods skyrocketed. Due to sanctions set by the US and China, auto manufacturers took a nose-drive in production. Thus, fewer cars were being built as well as fewer cars were being shipped. Fortunately, citizens still need basic consumer goods, which is where the market remains strong. Many commercial drivers, as well as owner-operators and fleet managers, have made the switch to transporting different goods.

Best Audiobooks To Listen To On The Road