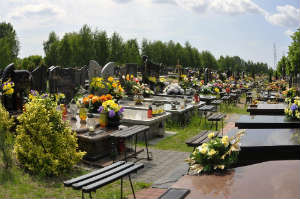 PENSACOLA, FL— After a two-day trial, the judge found Veronica Green Posey guilty of first-degree felony murder. This 325-pound woman sat on her 9-year-old cousin as a form of punishment. Apparently, both Posey and her adoptive parents beat the girl.

Veronica Green Posey is 71-years-old. Although this event occurred in October 2017, Posey was not competent enough to face the charges brought against her, until recently. Unfortunately, according to attorneys, Smith’s physical and mental health was steadily deteriorated. While in custody at Escambia County Jail, officials reported her as non-functional. She even refused to take medication and care for her diabetes. Eventually, she was transferred to the Florida State Hospital.

James and Grace Smith called Posey to help discipline Lindsey. Posey would sit on the girl, Dericka Lindsey, as a form of punishment. This was a regular occurrence to gain control of the child. The judge also discovered from witnesses that the girl was beaten by her two adoptive parents, James and Grace Smith. Within the autopsy report, there was evidence that the girl had sustained numerous injuries that might’ve affected her well-being.

When Posey was called by the Smith parents to a help discipline Lindsey, she left her house with a ruler and a thin pipe that gave the ruler “weight.” Posey proceeded to help Grace Smith whip Lindsey. Then when Linsey struggled, Posey kneeled on the girl to hold her down. It was after ten minutes of the pressure that the girl died from lack of oxygen. After this, Posey got up and realized Lindsey wasn’t breathing and she proceeded to call 911. Posey faces a mandatory life sentence.