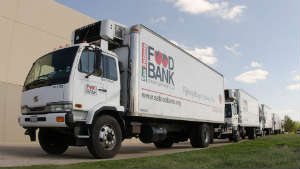 Whether we choose to acknowledge it or not, politics play a huge role in any crisis. Currently, the driver shortage crisis affects the whole nation’s commerce and in-turn the economy. The timely movement of merchandise directly affects the cost of merchandise. Thus, the lack of drivers cuts directly into your paycheck. If Congress were to address the nation’s truck driver shortage it would benefit the nation’s commerce as a whole.

Have you noticed that in the past year Amazon Prime membership costs have raised 20%? The company attributes the growth in price to the ever-increasing shipping costs. If you still don’t believe that the shortage is affecting you, take a look at the direct stats. For example, produce hauled from Washington state to New York in a refrigerated trailer cost $8,450 in January 2018. Now, it’s $10,000 on the same route.

The demand for freight transport is continuously increasing. Although, the demand for trucking jobs is not. More people are becoming more reliant on trucks for shipping goods. Interestingly, it is estimated that the trucking industry will need to hire 890,000 drivers over the next ten years to keep up with such growth.

The trucker shortage is intensified by federal regulation. Crossing state lines and transporting interstate commerce requires a CDL certified driver to be 21 or older. Young Americans miss the opportunity to learn about the driving trade because of the age gap. Some states, like Colorado, have prepared legislation that will allow those 18 and up to join the trucking industry as soon as federal law allows it.

So, what’s the solution?

The DRIVE-Safe Act is a bill that would fix the age gap. It requires enhanced safety and training standards for drivers who qualify, but those who do can be 18 and up. All it takes now is agreement from both parties. Hopefully, the new act will be passed on to the president’s desk.

So, what do you think about the regulation? Do you want the DRIVE-Safe Act to be approved?