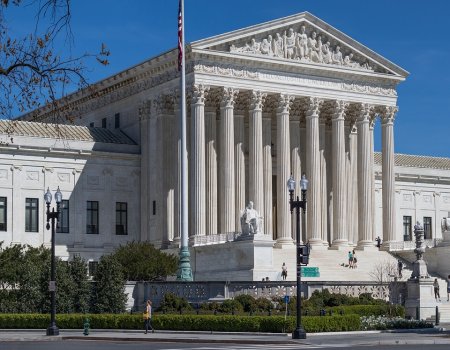 The Supreme Court ruled in favor of a Patchogue Woman this week in a win for the DACA program. Though the win ensures the temporary safety of 649,000 immigrants spread across the U.S., it does not permanently protect them.

Who are the Dreamers? To put it broadly, they are children of undocumented immigrants brought into the United States at a young age. The Deferred Action for Childhood Arrivals (DACA) program seeks to protect them from deportation and allow them to work via renewable two-year permits.

To put it more personally, they may be your neighbors, coworkers, and friends. Eliana Fernández, a local Patchogue resident, acted as one of the key plaintiffs in the lawsuit that inspired this Supreme Court decision. She arrived in America when she was just 14. In the years since, she has built a life for herself here. Now 31, she has a family, including two children. She works as a lead organizer for a local nonprofit. To send her back to Ecuador would be to ask her to give up the only life she’s ever known.

The Supreme Court’s 5-4 decision rules a 2017 attack on DACA to be unlawful. Their vote upholds a lower court’s ruling. However, the fight isn’t over yet. DACA may not face immediate retaliation, but its safety is hardly sealed into law.

What does this mean for DACA?

DACA recipients need not fear immigration raids or threats of deportation in the immediate future. But the fight is far from over. The Supreme Court ruled that the dismantling of DACA was “arbitrary and capricious” as it related to the Administrative Procedure Act. To sum it up: the current administration botched the paperwork and got tangled in red tape.

The plaintiffs hoped to secure protection against future DACA attacks by citing equal rights protected under the Fifth Amendment. But Justice Sotomayor was alone in agreeing with them. She cited quotes as evidence that the Trump administration had racial motives. The other justices did not join her.

Experts believe it is unlikely DACA will see an immediate retaliation. But down the line? It’s likely. Another election is just around the corner. The current administration has its hands full. But if Trump wins a second term, DACA may return to the battlefield.