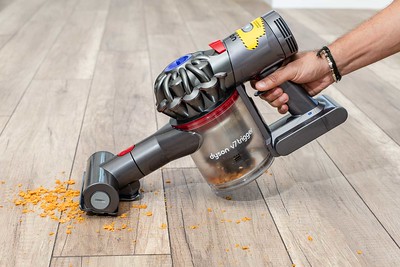 Dyson is one of the most recognizable names in every home. Their vacuum cleaners have sold millions and are regarded as one of the most fine-tuned instruments for every home. Well, what if I told you that the company almost had a vehicle that was much better than anything Tesla has put out? Well, it looks like it could have been a pioneering competitor.

The Dyson EV Would Have Been Remarkable.

The new car would have been amazing. Boasting a 600-mile ranger per single charge with a charging time almost 2/3 of what Tesla has. Its duel-motor would have put the vehicle far ahead of the likes of the Cybertruck in terms of towing capacity. On top of that, the luxury feel of a high-end auto put the vehicle at a good pace with most other EV’s following suit.

Design-wise, the vehicle looked great. Sleek, futuristic, and stylish, the Dyson would have been a great sight to see on the roads.

Why Did They Cancel It?

Well, a car that boasts more than what a Tesla can provide obviously comes at a cost. The biggest cost is from the battery. With cobalt being the major contributor to that cost, a batter that has twice the lifespan of a Tesla will prove to be expensive.

The overall cost for a vehicle that boasts these options was well over the benchmark for almost all consumers. The vehicle’s design and optimal performance can cost $180,000 just to break even. Thus, extremely limited production and small-scale buying is not the best option for an electric vehicle. Especially with the industry so new, most developers are searching for ways to take the EV out of the high-end market. Large-scale consumer buying is what helps to promote the longevity of a company. With large surpluses of the vehicle in production, having a vehicle that costs more than quadruple what the average car costs does not spell the greatest victory.