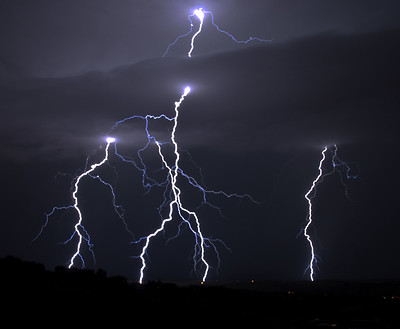 Electric cars have hit the market in full force. With the industry making a pretty hard left turn, what should we expect? What are some of the challenges in place? How will electric evolve into the future? These are questions that everyone has but unfortunately, due to the industry just emerging, we won’t know until down the road. Here is what we do know.

Tesla has taken the throne (albeit until another company comes around and does it better). They have established themselves as one of the premier electric cars on the market. Where other car companies have been slow to get to this point, Tesla has been the one to bring the first mass-produced electric car to the market. Since then it has been able to gain a foothold where other car companies have only recently emerged.

The Tesla Supercharger is the specific model of charging type that the company uses. Currently, there are more than enough Supercharging stations across the country. You can get from New York to Los Angeles in no time! Unfortunately, it is a specific charger created only for Tesla cars, so any other car that you may bring to the station might not fit. BUT if you currently own a Tesla, you can purchase a CHAdeMO adapter for a price within the ballpark of $400 USD. Typical of any high-tech company, they want to keep consumers sticking to their products, so much so that they are pulling a move straight from the Apple playbook with their charging ports.

Another big push from Tesla is their effort into other aspects of the automotive industry. With each automotive manufacturer moving into the car market, Tesla has already paved the road and has moved on. The trucking industry is to see the limited release of the Tesla Semi by the year 2022. This is expected to be a slow process when integrating new methods into traditional markets, but amove that many big trucking businesses are looking forward to.

From across the Pacific ocean comes the next challenger. With brands like Toyota, Honda, Nissan, and many others from that avenue of the world coming into the electric game has come relatively easy. See The Asian car market has already been making significant strides to push electric vehicles long before the US. In fact, the series of vehicles released this year have already been utilizing effective electric strategies for some time.

One of the biggest and most effective benefactors of purchasing one of these vehicles is not only the reliability that comes with their names but also their widely sed charging system. CHAdeMO is one of the most commonly used electric car charging ports in the world. It was first established back in the early 2000s and has become the first “industry standard” based charging ports. They currently have the most stations across the world. This includes over 7,000 in Japan, 9,000 in Europe, and over 3,000 in the US. Far outweighing the number of Tesla Supercharging stations.

Our overseas competitors have also been busy with other methods of travel. With the Toyota Mirai boasting new fuel methods utilizing hydrogen fuel cells, many have taken an interest in the most abundant recourse in the galaxy: Hydrogen. How this will play out is still uncertain as many have put their focus directly into electric cars.

Both the US and European markets have been slow to hit the road. With the stranglehold on both foreign and domestic oil, it hasn’t been as strong of enforcement to avoid switching. Now, unfortunately, it is the time, and they have a lot of catching up to do. With Audi, BMW, Ford, and many other car companies looking to make their way into the electric race, things look interesting.

Both areas are using the CCS charging system. Combined Charging System. This hasn’t moved quite the way these auto manufacturers had wanted. There are a lot of variables and different plugs used with CCS. You have both a type 1 and a type 2 charging system. Type 2 utilizes DC currents for fast charging, while the Type one is for at-home use. These have typically not been up to standards with the likes of Tesla and the Asian market, but they are significantly growing in popularity among other avenues.

The world has taken note of the effective abilities of electric cars. With some countries (Norway) putting plans forward to fully switch over to an all-electric car market by 2025. While in many ways companies are pushing to simply get their cars in the race, many are wondering who it will be to come out on top. Although some may have a better idea than we do, the jury is still out.