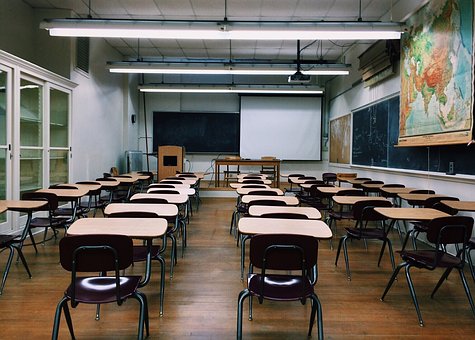 ROOSEVELT, Long Island – Three gunshots were fired into the ground on a Long Island school football field Tuesday morning. The gunshots stem from a dispute between a man and landscapers. According to Nassau County Police, the dispute was over trees that had fallen across his property line.

Furthermore, the argument occurred on Roosevelt High School grounds in Nassau County, near Denton Place and E. Clinton Avenue just after 9 a.m. However, no shots were fired inside the school.

After the shooting, the man fled to a nearby home where he barricaded himself inside. No one was injured. Soon after, the man ended up surrendering to police without incident.

Additionally, the gunman has yet to be identified. However, he was taken into custody, with charges pending.

As a result of the shooting, a Long Island high school and middle school were both placed on lockdown. The lockdown has yet to be lifted.

Although classes were not in session during the time of the dispute, some teachers and faculty members were present. It is also a possibility that some students were there for registration.

Nevertheless, the school posted a statement regarding the incident online. “The High School and Middle School are both on lockout due to an incident in the area.” However, they reassured the community that everyone was safe and secure. But that they should not approach the surrounding areas.

No further information has been released.