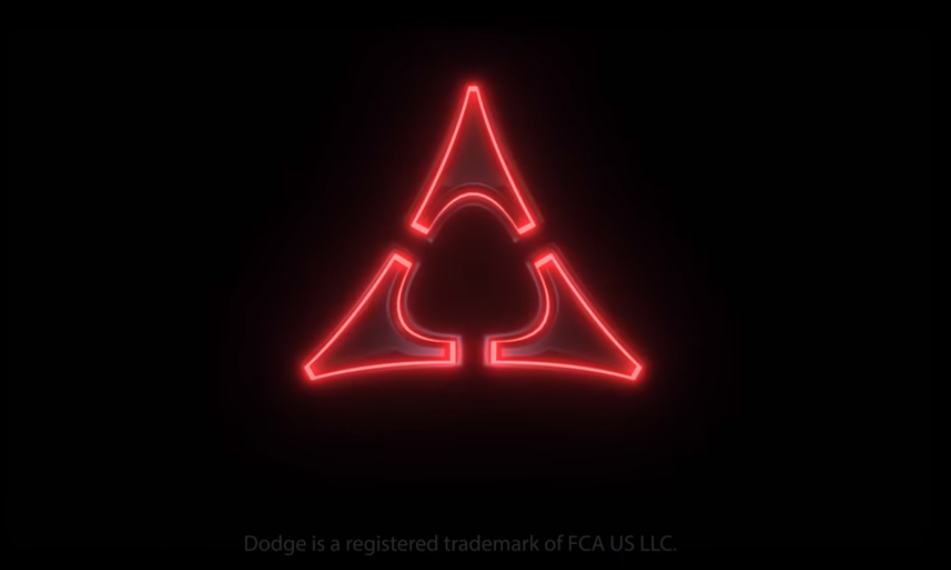 Dodge is doing their damnedest to catch up in the EV game. What the other carmakers have as far as an advantage goes is kicking off the race towards alternative fuel singularity early. But Dodge has something else up their greasemonkeys’ sleeves. That being the Fratzog. Yes, a name coined in the early 1960s and late 1970s was meant for a vehicle that was brought in for a “forward look” design language. This is best indicated via huge tail fins and aerospace influence.

The logo would show two boomerang mingling with each other like some lounge out of The Jetsons. You’ve got to understand, back in the day, this was mighty indicative of the turbine car. Dodge had themselves a logo that showed a triangle of three arrowheads. The space in the middle had a Wankel engine rotor design to it. But nevertheless, it still looks pretty cool on a Dodge car.

In whatever case, the appeal for an all-electric muscle car is likely to focus on the nostalgia of the vehicle’s sub-brand. The Fratzog is perhaps indicative of more franchises from Dodge to erupt in the future. The logo itself appeared in Dodge’s sneak peek as indicated below is as tongue-in-cheek as can be.

Dodge And Their Latest Announcement Looks Menacing, No?

I certainly would be scared of this vehicle when it comes out of the woodwork. This was a big part of the electric vehicle summit. The muscle car is truly a reinvention of what could be considered electric and “musclely” in the grand scheme of automotive dreams! Isn’t this a delight? I certainly look at it as an advancement of the carmaker’s branding. So anybody that is thinking about the Dodge Fratzog should do their homework. Because they may have seen that logo before on older models. Such as the 1962 Polara 500. Think about it. Learn about it. And be ready to have your socks knocked-off.

Paul Walker Memoriam: His Life Needs Not To Be Reenacted