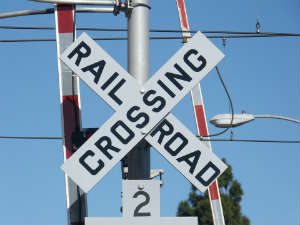 The Long Island crash occurred just before 7:30 pm, near the Westbury station. The train that initially collided with the vehicle was headed for Penn Station. The train was traveling very quickly, and the driver of the vehicle was likely trying to “beat the gate.” This comes from the Nassau County Police Chief, Patrick Ryder. Ryder also stated that the train partially derailed. In fact, it actually hit the station and knocked off about 30 yards of concrete there.

According to Phillip Eng, the Long Island Rail Road President, the collision with the first train pushed the vehicle toward the second train. This is how the vehicle was hit a second time. However, Eng did confirm that the warning gates and lights were functioning properly at the time of the accident. The driver must have been eager to get through the tracks and avoid waiting at the gate. This is why drivers must always stop at the allocated area as soon as the flashing red lights begin and the gate starts to lower.

The names of those killed in this tragic Long Island crash have not been released to the public.

Gas Explosion Leaves Several Homes on Fire near an Airport