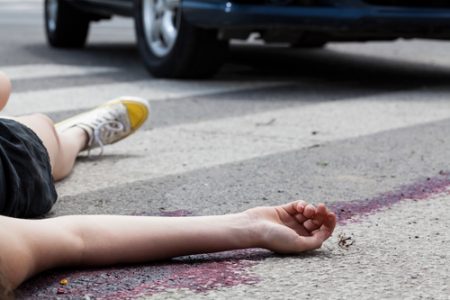 Northport, Long Island —- Long Island high school student got struck by a car Tuesday morning.  The victim was taken to the hospital with serious injuries. The driver who hit the high-school student is facing charges.

The incident happened on Laurel Hill Road, near Northport High School after 8 a.m. The identity of the schoolgirl is not known yet.

The Northport School District is not releasing the identity of the girl. The girl who got struck by the car is 14 years old and was about to start of cross country practice.

Emergency response teams arrived at the scene immediately after they got reported. The student that got serious injuries were airlifted to Stony Brook University Medical Center for treatment.

The driver who hit the student did not run away. He stayed at the scene. Police arrested him afterward.

57 –year-old Janet Aliperti is charged with aggravated unlicensed operation of a motor vehicle. The vehicle is not insured.

The students are going to start classes on Thursday. The student who suffered from the incident and his family will get the support of any type, in any possible way by the district, said superintendent Robert Banzer.

The investigation of this incident is still underway. The vehicle needs a safety check. For that reason, it was impounded.

Anyone who has information about the car is asked to contact the Second Squad at 631-854-8252.